How to Distinguish Lcd Display and Lcm Module?

Only when people are in the display industry do they know that there are so many technical terms. If a lot of customers don’t know much, it’s hard to tell them apart. Displays go by many names, but let’s take LCD screens as an example. What are LCM modules and how can they be distinguished?

The LCD display is the abbreviation of Liquid Crystal Display.

The LCM module is a collection of various devices, including LCD, chip, and circuit board, that control the display mode and content of the LCD display monitors. It can be said that LCD is the front desk for displaying content, while LCM is the entire operating system, including the front desk.

Ⅰ. The components of the LCD display screen

But in fact, generally speaking, both are regarded as having the same meaning.

2. LCD generally refers to a separate screen; LCM includes the corresponding drive circuit and control circuit and can be directly connected to the single-chip microcomputer.

In simple terms, the LCD module is the LCD + LED backlight + PCB + iron frame. The module is mainly divided into screen components and backlight components. The two parts are assembled together but work independently of each other (i.e. the circuit is not related). The LCD works by emitting a uniform surface light from a backlit component that travels through the LCD to our eyes. The function of the screen is to process these lights by pixels to display the image. 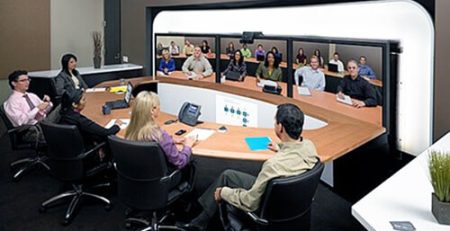 The Business Benefits of Video Conferencing

Video conferencing (VC) is a major part of doing business in the 21st century. It facilitates visual communication with clients and colleagues anywhere and anytime. Moreover, a video call... read more

How to use an industrial panel PC correctly？

Due to the current technical constraints and the impact of equipment used on the environment, industrial display displays if affected by water droplets, dust, temperature difference, etc., will not... read more